Low inflation should not be feared, says George Osborne 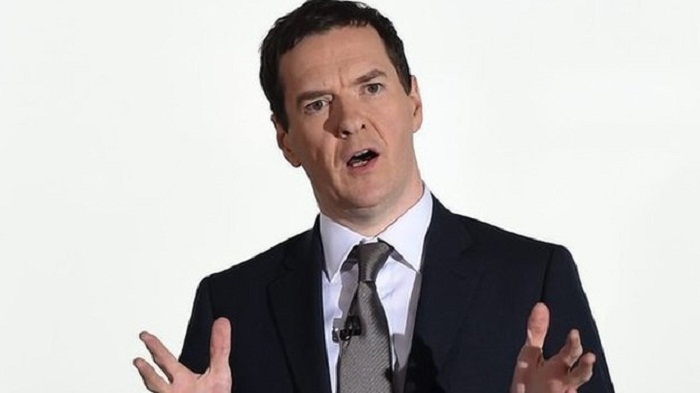 The sharp fall in the UK inflation rate should not be feared, Chancellor George Osborne will say in a speech later.
“We should not confuse this welcome news with the threat of damaging deflation that we see in the eurozone,” he will say in a speech.
The speech comes a day after official figures showed the UK inflation rate had fallen to 0.5% in December - its lowest rate since May 2000.
Economists have warned the fall means an outright drop in prices is possible.
But in extracts from the speech released by the Treasury, Mr Osborne tries to distance the UK from the scenario playing out in the eurozone, where deflation has become a problem for policymakers.
He says the sharp drop in the Consumer Prices Index is “almost entirely driven by external factors such as the oil price”, which has more than halved since June, and is “much more welcome than in the eurozone”, where inflation has fallen to -0.2%.
“There the debate has understandably turned to the dangers of deflation - the risk of a self-reinforcing spiral where economic activity falters, consumers defer purchases as prices fall and nominal debt burdens become ever harder to manage,” he will say to the Royal Economic Society.
In contrast, Mr Osborne will say that the UK could experience “a few months of very low or even negative inflation” without any significant risk to the economy.
“Rising real incomes, a recovery spreading to all parts of our economy, and family budgets that can stretch that little bit further - let’s celebrate these effects of low inflation, not fear them.”
Bank of England governor Mark Carney has also sought to calm nerves over the risk of deflation, saying the UK has the tools to deal with it.
On Tuesday, Mr Carney told the BBC that keeping interest rates at record low levels for longer could be a way of mitigating low inflation.
And Danny Alexander, Liberal Democrat chief secretary to the Treasury, said lower inflation was acting “like a giant tax cut for the economy”.
But Labour’s shadow Treasury minister, Shabana Mahmood, said the squeeze on wages and living standards meant working people “are £1,600 a year worse off under this government... and falling energy costs are still not being fully passed on to consumers”.