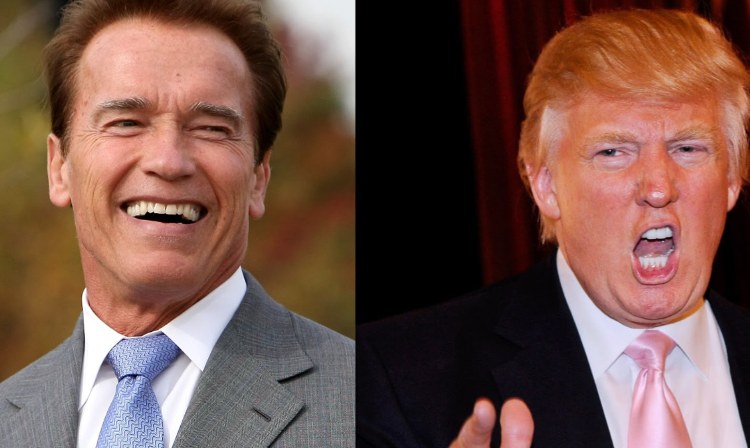 US president Donald Trump says Arnold Schwarzenegger did not leave The New Celebrity Apprentice voluntarily but was forced to go because of the show's "pathetic" ratings.

Schwarzenegger had announced on Friday that he would not return for a second season of the NBC show. He blamed Trump, an executive producer and former host of the show, for low ratings, describing the president's involvement as "baggage."

But the president hit back and denied he had a hand in the star's departure.

He tweeted: "Arnold Schwarzenegger isn't voluntarily leaving the Apprentice, he was fired by his bad (pathetic) ratings, not by me. Sad end to great show."

"You should think about hiring a new joke writer and a fact checker," a message on Schwarzenegger's Twitter account read, responding to Trump.

In an interview with Empire, Schwarzenegger said people "don't want to participate as a spectator or as a sponsor or in any other way support the show".

He added: "It's a very divisive period now and I think this show got caught up in all that division."

In January, Trump taunted the former California governor over the show's latest series in a tweet.

He referred to himself as a "ratings machine" and said Schwarzenegger had been "swamped" by comparison.

The tycoon later said the show had been a "total disaster" since Schwarzenegger took over, with the actor responding by suggesting they should switch jobs.