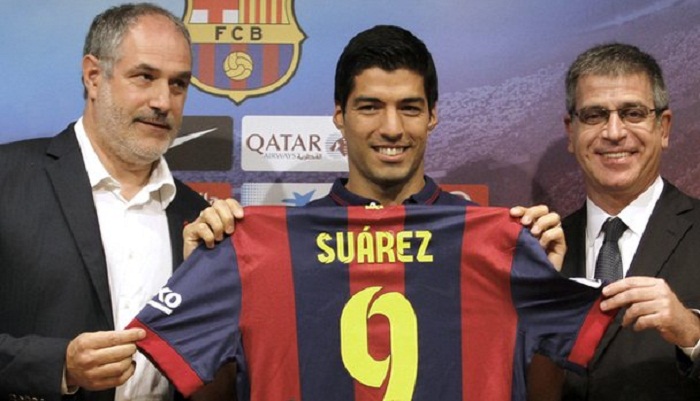 Barcelona: Barcelona have sacked former goalkeeper Andoni Zubizarreta from his position as director of football.
Zubizarreta, 53, took over the role in summer 2010 after the exit of Txiki Begiristain, who is now Manchester City's director of football.
A Barcelona statement said president Josep Maria Bartomeu had "decided to terminate" Zubizarreta's contract immediately.
Former club captain Carlos Puyol has resigned as assistant sports director.
The 36-year-old three-times Champions League winner retired in the summer and moved into the role, working closely with Zubizarreta.
But Puyol announced his decision to leave on his personal Facebook account  shortly after the club confirmed Zubizarreta had been sacked.
He said: "These three and a half months have given me the opportunity to see another side of the club.
"I want to grow both personally and professionally so that, in the future, hopefully I can return to this house and give back everything you have given me during these unforgettable years."
Zubizarreta was the Nou Camp club's keeper between 1986 and 1994.
He also played for Spain, making 126 appearances.
"The president, in the name of the club, thanks Andoni Zubizarreta for his contribution, dedication and professionalism over the last four years in his role at the head of the club's football area," Barcelona's statement added.
Barcelona cannot sign any players in 2015 after their appeal against a transfer ban was dismissed by the Court of Arbitration for Sport last month.
The Spanish club was handed a 14-month ban in April after being found guilty of breaching Fifa's rules on the transfer of players aged under 18.