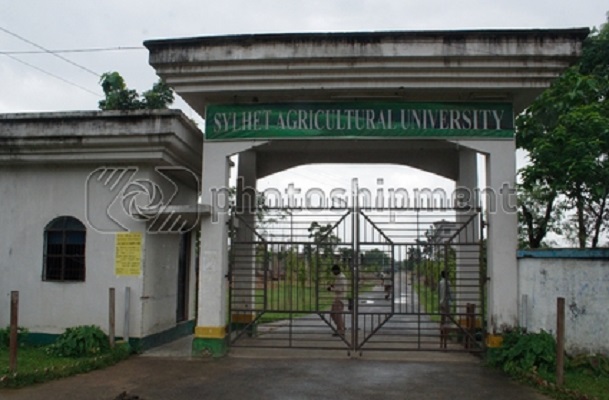 SYLHET: At least 15 persons including the university proctor have been injured in a factional clash of Bangladesh Chhatra League’s (BCL) Sylhet Agricultural University (SAU) unit on Sunday night.
Following the matter, the university authorities have suspended all academic activities on Monday to avoid any untoward situation.
However, the identities of the injured, except the SAU proctor Mitu Chowdhury, could not be known immediately.
The clash started around 10:00pm and lasted for about one hour, sources said.
Establishing control over university’s Bangabandhu Residential Hall, The followers of SAU Chhatra League president Shamim Molla and general secretary Hrithik Deb Apu, involved in the clash, sources added.
Shahporan Thana officer-in-Charge (OC) Shakhawat Hossain said chase and counter-chase, carrying native weapons, held between the two BCL groups during the clash.
“The university proctor sustained injuries at his belly and hand while trying to stop the fighting,” he added. “Later, police brought the situation under control.”
Seven among the injured, according to the OC, are undergoing treatment at Sylhet MAG Osmani Medical College and Hospital while two more, including the university proctor, have taken primary treatment there.
A pent-up situation was prevailing over the campus centering the incident.