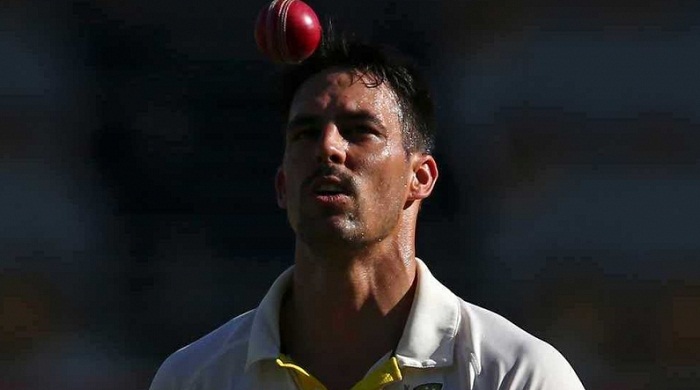 Australia fast bowler Mitchell Johnson is in doubt for the fourth test against India at the Sydney Cricket Ground because of soreness in his left hamstring.
Johnson did not train with the Australian team on Saturday and his condition will be further assessed in the lead-up to the final test beginning on Tuesday. Australia has clinched the series with wins at Adelaide and Brisbane and a draw last week in Melbourne.
Johnson's heavy workload over the past two tests is believed to have contributed to the problem, and with the World Cup scheduled for next month, team selectors may decide to give him a rest.
If Johnson is unavailable for the Sydney match, Mitchell Starc or Peter Siddle could be possible replacements.