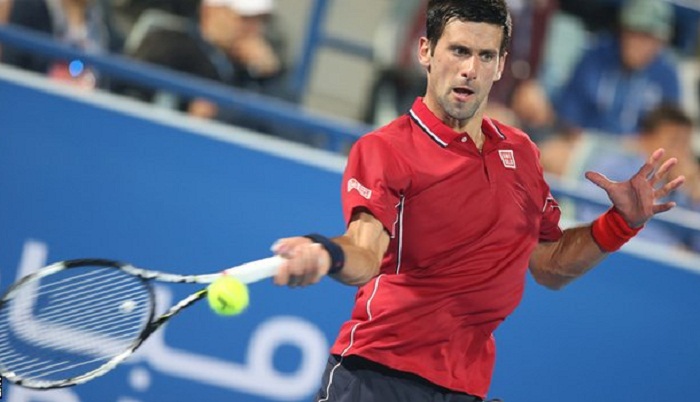 Novak Djokovic has withdrawn from the Mubadala World Tennis Championship final after succumbing to illness.
The world number one, 27, was set to face Britain's Andy Murray in the final of the exhibition event on Saturday, but said he was unfit to play.
"Unfortunately I am not able to play in the final in Abu Dhabi," said Djokovic, who beat Switzerland's Stan Wawrinka 6-1 6-2 in the semi-final.
"I've been sick today with a fever and I'm not fit to play."
The Serb's withdrawal hands the title to Murray, who also looked in good form as he swept aside Rafael Nadal 6-2 6-0 in their last-four match on Friday.
Murray later revealed he felt pain in his left shoulder during the match and is set to undergo a scan.
"I don't know exactly what happened. I've never had anything happen to my left shoulder before," Murray said. "It's pretty sore.
"I'm going to have an ultrasound scan to check and see if there's anything there or not then I'll see what happens after that."
Murray is poised to continue his build-up to the Australian Open, which begins on 19 January, at the Hopman Cup in Perth next week.
Murray will join Heather Watson to represent Great Britain at the mixed team event, with their opening match against France on Monday.