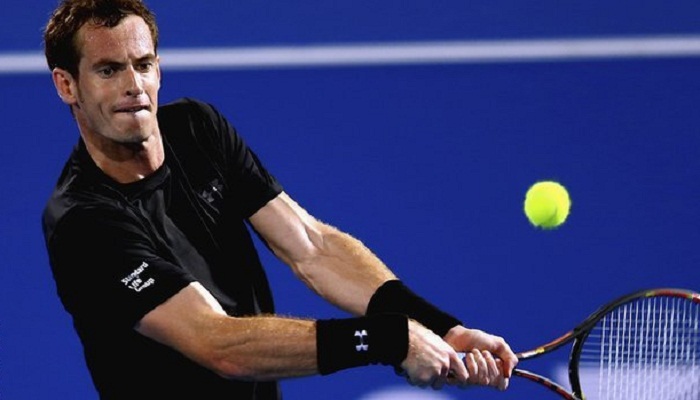 Andy Murray beat Spaniard Feliciano Lopez 7-6 (7-1) 5-7 6-4 in the opening match of the Mubadala World Tennis Championship in Abu Dhabi.
The Scot won on his fifth match point and faces world number three Rafael Nadal in the semi-final on Friday.
Murray, 27, said: "Lopez had break points and I had a lot of match points so I'm happy just to get through."
The six-man exhibition event is the unofficial season opener and Novak Djokovic is also taking part.
Nadal and world number one Djokovic receive byes into the last four as the top-ranked players.
The 2014 Australian Open champion Stanislas Wawrinka plays Spaniard Nicolas Almagro in the other opening-round match on Thursday.
Murray is using the event as part of his build up to the Australian Open that takes place in Melbourne from 19 January to 1 February.