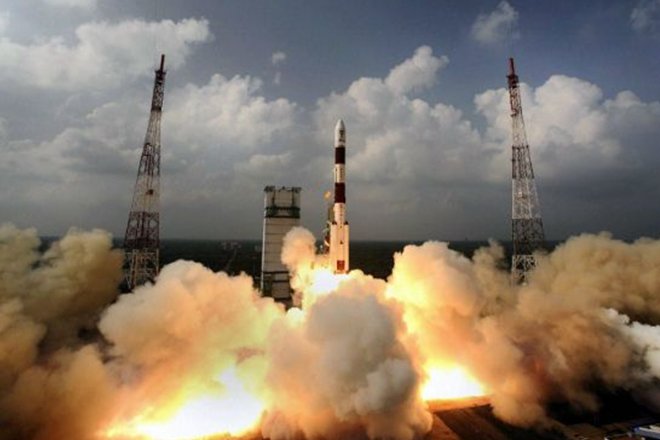 India's space agency ISRO launched a record 104 satellites on a single rocket from the Sriharikota spaceport in Andhra Pradesh on Wednesday.

India has become the first country to successfully carry so many satellites in a single mission. The Polar Satellite Launch Vehicle PSLV-C37 is the star of what has been described as an incredible step for the country's space programme.

It tore into the sky at 9.28 am, breaking free of the earth's gravitational pull with a growl. The countdown began 28 hours ago, says ISRO or the Indian Space Research Organisation.

They  overtake the previous record of 37 satellites launched by Russia in 2014.

All but three of the satellites are from foreign countries, most of them from the United States.

The launch took place from the Sriharikota space centre in east India.

Observers say it is a sign that India is emerging as a major player in the multi-billion dollar space market.

Of the 104 small satellites, 96 belong to the United States while Israel, Kazakhstan, the United Arab Emirates, Switzerland and the Netherlands are the other foreign clients.

An Indian cartographic satellite, believed to be capable of taking high resolution images is also on board. It is expected to be used to monitor regional arch rivals Pakistan and China.

The Indian government has increased the budget for its space programme this year and also announced plans to send a mission to Venus.

Over the past two decades, India has become a key player in the lucrative commercial space market offering a low-cost alternative.