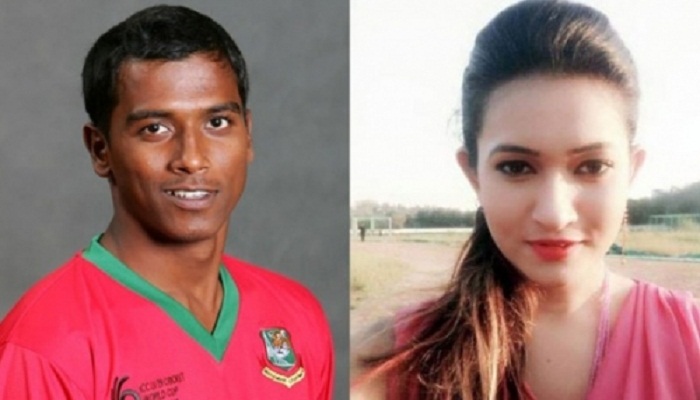 A Dhaka court on Wednesday gave permission for conducting DNA test of cricketer Rubel Hossain to find out the truth over the rape allegation against him.
The court also fixed January 11 for the submission of the probe report. Naznin Akter Happy, an actress and model, filed the case against Rubel with the Mirpur Model Police Station under the Prevention of Women and Child Repression Act on December 13.
Some samples have been collected from the Rubel’s Mirpur residence in Dhaka and sent those to the laboratory of Criminal Investigation Department for the tests. DNA profile of a person can be detected from his or her hair, dresses, footprints, palm prints and saliva, among other things.
Earlier, Forensic Department of Dhaka Medical College handed over a report to Mirpur police, which claimed that film actress Happy was not raped recently. On December 15, High Court granted Rubel Hossain an anticipatory bail for four weeks in the case.