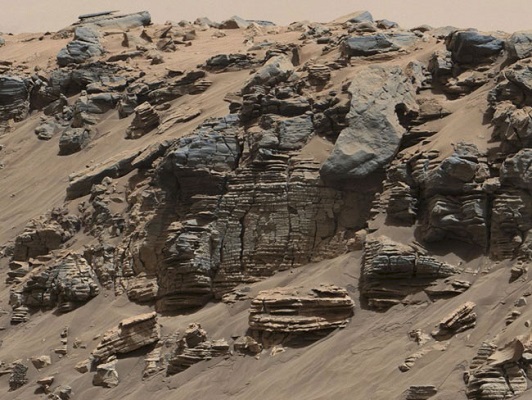 A new research that lays out a smoother, safer way to achieve Martian orbit could make manned missions much cheaper, easier and more frequent, say researchers.
Called ballistic capture, the method could help open the Martian frontier for more robotic missions, future manned expeditions and even colonisation efforts, Scientific American reported.
"It could be a pretty big step for us and really save us resources and capability, which is always what we're looking for," said James Green, director of NASA's Planetary Science Division.
Getting spacecraft to Mars is quite a hassle and transportation costs can soar into the hundreds of millions of dollars.
Instead of shooting for the location Mars will be in its orbit where the spacecraft will meet it, as is conventionally done with Hohmann transfers, a spacecraft is casually lobbed into a Mars-like orbit so that it flies ahead of the planet.
For ballistic capture, the spacecraft cruises a bit slower than Mars itself as the planet runs its orbital lap around the Sun.
Mars eventually creeps up on the spacecraft, gravitationally snagging it into a planetary orbit.
The research appears in the journal Celestial Mechanics and Dynamical Astronomy.