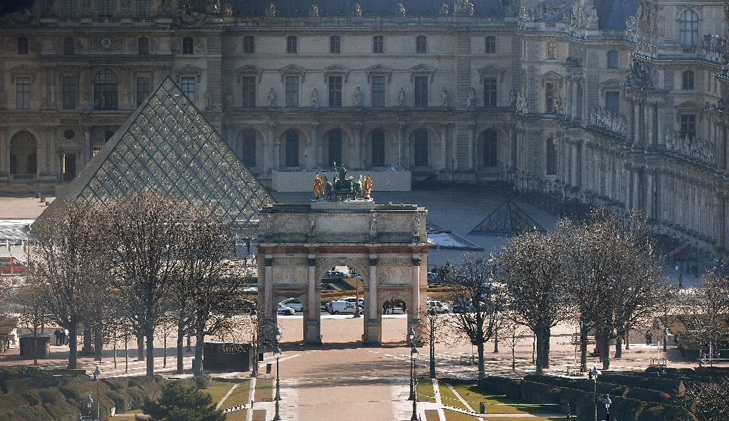 Art lovers returned to the Louvre in Paris on Saturday, 24 hours after a soldier shot a machete-wielding attacker at the museum, believed to be an Egyptian who entered the country a week ago.

The incident on Friday thrust security and the terror threat back into the limelight three months before elections in France, with authorities saying it was a "terrorist" assault.

It also risked dealing another blow to Paris' lucrative tourism industry which has been badly affected by a string of attacks since 2015.

At the Louvre on Saturday, a crowd had formed at the main entrance as the doors re-opened to the first visitors of the day on schedule at 09:30 am (0830 GMT).

"I'm quite worried about coming today, but as we weren't able to visit yesterday we decided to come back anyway," 28-year-old Russian visitor Elena Lordugen told AFP.

Soldiers in uniform with machine guns could be seen patrolling as usual, with routine bag checks also undertaken by Louvre security staff.

Ali Tali, a Turkish tourist in his 40s, shrugged off their presence. "We're used these security measures in Turkey," he said.