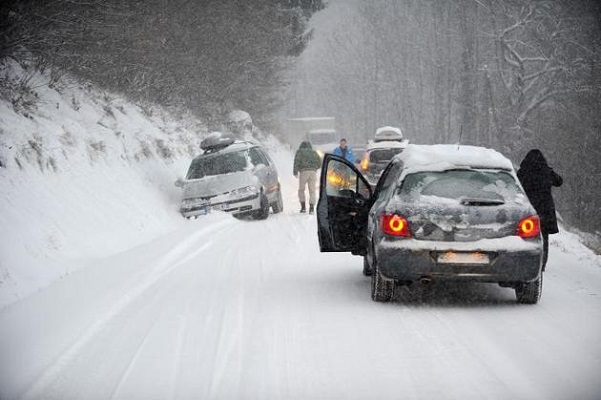 Paris:  Heavy snowfall in the French Alps left some 15,000 drivers stranded Saturday, prompting officials to open emergency shelters and urge travellers to stay home.
The snow hit as a rush of holidaymakers were heading to and leaving from ski resorts in the Savoie region in southeastern France, where authorities set up shelters in at least 12 towns.
The snow and freezing rain also caused the death of a 27-year-old man whose car slid into a ravine in the Belledonne mountain range.
France's Interior Minister Bernard Cazeneuve in a statement urged drivers "to exercise the utmost caution" and asked those who could delay their trips to do so.
Elsewhere in France it was wind and not snow that wrought havoc for holiday travellers.
Storms packing gusts of up to 160 kilometres (100 miles) per hour forced the temporary closure of France's port of Calais on the English Channel and the suspension of car ferries to and from Britain.