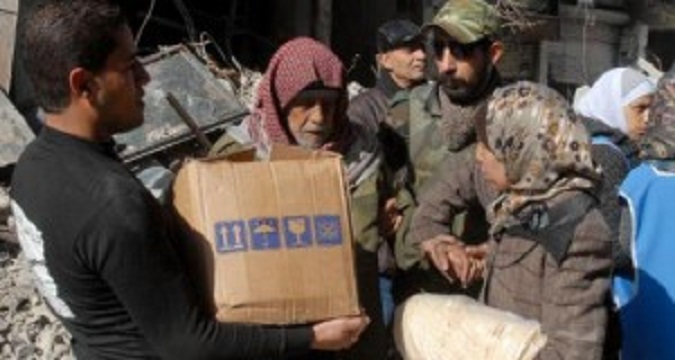 Beirut:  Shortages of food and medicine caused the deaths of more than 300 civilians, including about 100 children, in areas besieged by the Syrian regime in 2014, a monitoring group said Saturday.
The Britain-based Syrian Observatory for Human Rights said many of the 313 victims -- who included 34 women -- had died in the flashpoint Eastern Ghouta region, a rebel stronghold under army siege for a year and a half.
It denounced the sieges as a "war crime" and said they violated a Security Council resolution which calls for the delivery of aid to regions in need.
An estimated 200,000 people have been killed in Syria's nearly four-year war, and half the population have been forced to flee their homes.
This month the UN appealed for $8.4 billion to provide emergency aid and longer-term help to nearly 18 million people in Syria and across the region hit by the conflict.