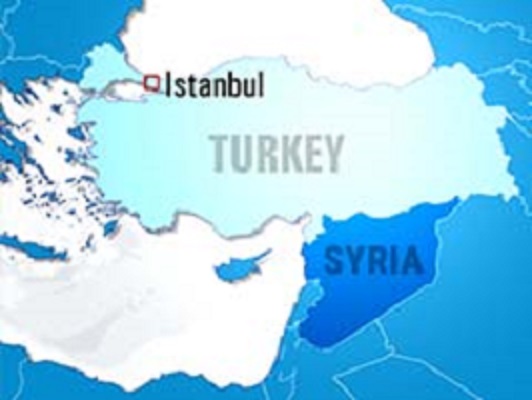 Diyarbakir, Turkey:  Three people were killed Saturday in clashes between Kurdish rebels and a rival Kurdish Islamist group in southeast Turkey near the Syrian border, a local governor's office said.
The initial death toll given was two but the local governor's office in the southeastern city of Sanliurfa later said one of the three injured died in hospital.
Tensions have escalated in the town of Cizre since Friday night when the Sunni Muslim Huda-Par group attacked tents belonging to rebels of the outlawed Kurdistan Workers' Party (PKK), a security source told AFP.
Huda-Par is known to be the political extension of Turkish Hezbollah and has long been hostile to the PKK -- which has fought Turkish security forces in a three-decade insurgency for Kurdish self-rule.
The clashes in Cizre were continuing sporadically, the source said.
Local media reported that one of the dead was the father of a leader of the Huda-Par.
Fierce street fights between the Huda-Par group and the PKK took place in Turkey's pro-Kurdish southeast in October when the Islamic State was fighting Kurdish forces in the mainly Kurdish town of Kobane across the Syrian border.
Ankara has not intervened militarily against IS jihadists, to the fury of Turkey's Kurds, who took to the streets in a show of protest in October, leaving scores of people killed in the worst outbreak of such violence in years.
The trouble has raised fears that the standoff over Kobane could derail talks between the Turkish government and the PKK for a peaceful settlement.