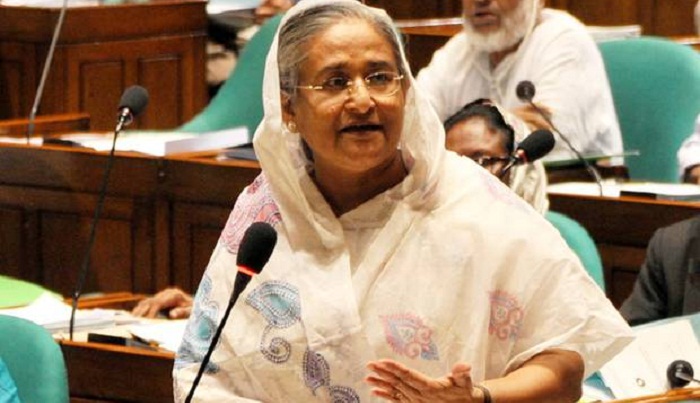 Leader of the House and Prime Minister Sheikh Hasina on Wednesday said that some 3.5 lakh undocumented Bangladeshis living in Malaysia will get scope for work there  as the Malaysian government has declared to issue temporary work pass for the undocumented expatriate workers.

The Leader of the House said this while replying to a starred tabled question from ruling party MP Kamal Ahmed Mazumder (Dhaka-15) in parliament during her scheduled question-answer session this evening.

"Following the telephonic conversation between Malaysian prime minister and me on January 15, 2017, the Malaysian government has announced to issue temporary work pass for the undocumented expatriate workers. As a result, some 3.5 lakh undocumented Bangladeshi workers would get scope to work there," she said.

Sheikh Hasina also said that otherwise those undocumented Bangladeshi workers in Malaysia would have returned to the country.

The prime minister said that the timeframe for recruiting manpower under the Rehiring Programme of Malaysia has been extended by another six months from December 31 last year.

Mentioning that over one crore Bangladeshi expatriate workers are working in 162 countries across the globe, Sheikh Hasina said that steps are being taken for those Bangladeshi workers, who have remained undocumented in foreign countries. to legalize them by the Bangladesh missions abroad and providing legal assistance.

The prime minister also mentioned that the present AL government has taken firm stance to check human trafficking through enacting of the Human Trafficking Deterrence and Suppression Act, 2012 which has the provision of capital punishment and life-term for violation of the law as highest punishment.