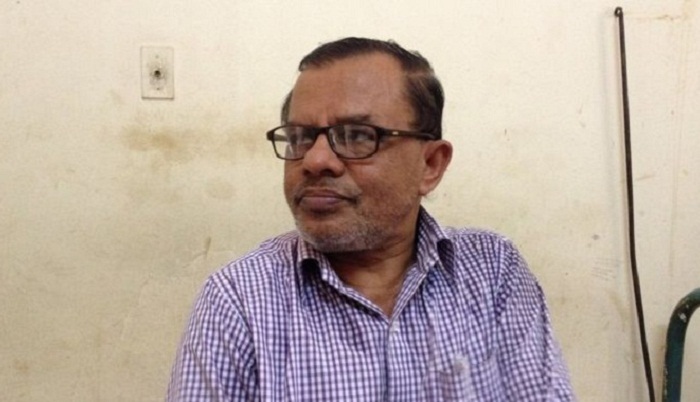 The police protection of the Narayanganj headmaster Shyamal Kanti Bhakta has been withdrawn from Wednesday morning.

He had been provided police security after being humiliated by local lawmaker AKM Salim Osman over a rumor of hurting religious sentiments in May last year, UNB reports.

Additional police super of the district Faruq Ahmed said police had ensured protection to Shyamal Kanti for his security but it has been withdrawn as he is well now.

Besides, it had no direction from the High Court to ensure security to him, he added.

On May 13, locals beat up Shyamal Kanti Bhakta, headmaster of Piyar Sattar Latif High School in Bandar upazila of Narayanganj, bringing charges of hurting religious sentiments against him.

At one stage, local MP AKM Salim Osman forced the headmaster to do sit-ups holding ears.

Later, two constables of police were deployed for ensuring his security.