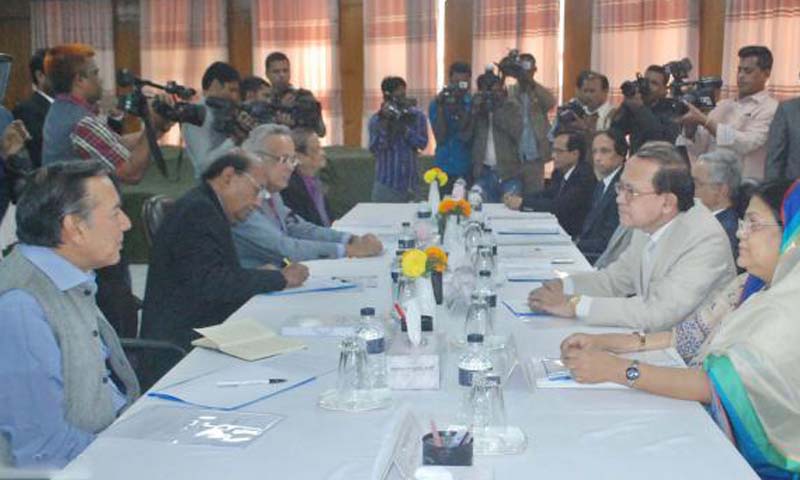 The four distinguished personalities of the country’s civil society met at the Supreme Court Judges’ Lounge in Dhaka.

After the meeting, Cabinet Division Additional Secretary Abdul Wadud Bhuiyan told journalists that they have suggested the search committee to recommend names of efficient, honest, acceptable and nonpartisan persons for the EC.

He said the search committee will hold a meeting at 4 pm tomorrow (Thursday) to finalize names for the new EC. It may be possible for the committee to finalize its proposal by February 8, he added.

If needed, the search committee may include names beyond those proposed by the political parties in its recommendation to the President, he added.