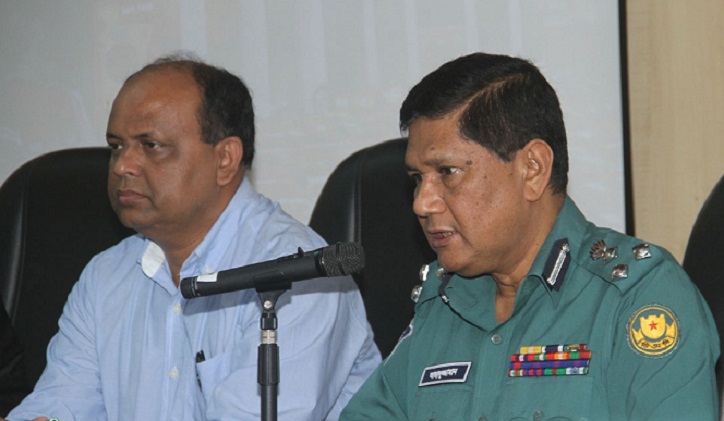 Commissioner of the Dhaka Metropolitan Police (DMP) Md Asaduzzaman Mia on Tuesday said the killers of blogger Avijit Roy have been identified.

"We've already arrested eight of the suspected killers and the main accused was killed in a gunfight with law enforcers in Khilgaon earlier," he said.

The DMP chief said this while talking to reporters about security measures taken for the month-long Amar Ekushey Boi Mela (Book Fair) during a visit to the Bangla Academy premises and part of Suhrawardy Udyan, the venues of the annual book fair.

Asaduzzaman said police also are on a manhunt to arrest five other accused.

"There'll be multilayer security arrangements for the visitors. If any blogger, writer and publisher feels insecure during the book fair, we will arrange special security for him or her," he said.

He further said controversial books that have contents attacking any particular religion, person or group will not be allowed to be put on display in the fair. "We've requested the Bangla Academy authorities, writers and bloggers to keep this matter in mind," said the DMP chief.

Detectives, members of counter-terrorism and transnational crime (CTTC) unit will also be present at the book fair to preempt any untoward incidents, the DMP Commissioner said.

"A watch tower has been set up and a number of CCTV cameras have been installed to bring every corner of the book fair under surveillance. There'll be check-posts in Shahbagh, Doyel Chattar and Shaheed Minar areas," Asaduzzaman added.

He said no hawker will be allowed in the areas adjacent to book fair. "Besides bomb disposal units will be deployed in the areas to face any emergency situation," added Asaduzzaman.

During the book fair in 2015, US-American writer-blogger Avijit Roy was hacked to death by suspected Islamist militants near the fair venue. His wife was also injured in the attack.