Election Commission likely to introduce DVM from next general election 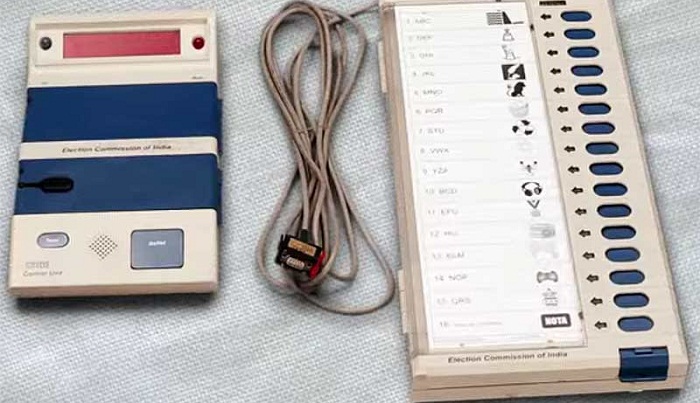 The DVM will be used on a small scale in parliamentary by-election and other local government elections as test cases before the 11th parliamentary election, said some EC officials, adding that the EVM system will not exist through the introduction of DVM.

Election commissioner Mohammad Abdul Mobarak said DVM is a technology based proper voting machine. There is no chance of vote rigging or irregularities through this machine.

He said, “There will be a digital information board at the vote centre. Presiding officer and voters waiting in the queue can see the number of voters through the board.”

A proposal has been ready regarding this comprising an expert committee, he said, adding that the present EC will not keep any suggestion in this regard to the upcoming EC.

“The machine will shut off automatically soon after completion of a vote and then it needs to be made active again through a new fingerprint. So, there is no chance to give fake vote or double vote through one fingerprint. One cannot cast another one’s vote through this machine,” he added.

Earlier on January 20, Chief Election Commissioner (CEC) Kazi Rakibuddin Ahmed said they introduced digital voting machine on an experimental basis that will be flawless and no one can hack DVM.

Former Chief Election Commissioner (CEC) ATM Shamsul Huda introduced the electronic voting machine (EVM) to modernise the polling process and the system has become a source of embarrassment for the EC.

The much-hyped machines have remained out of order as the EC stopped using them after detecting errors in three units during city polls between 2011 and 2013.

The EC negotiated with the manufacturer, Bangladesh University of Engineering and Technology (BUET), for a way out. But, BUET raised allegations of contract violation against the commission, adding to the embarrassment.