‘Garai: The Untold Story’ to be premiered at Bangladesh Shilpakala Academy 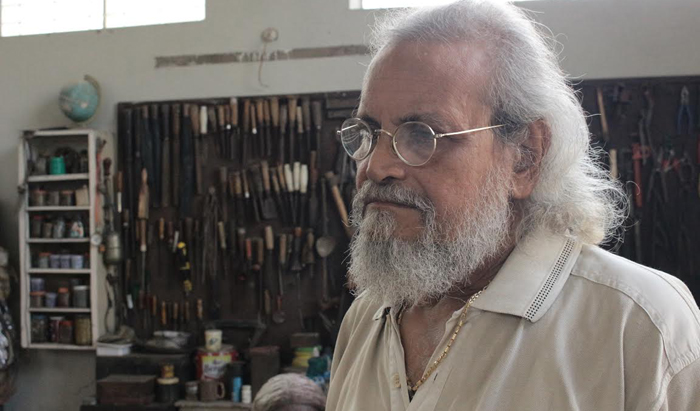 A documentary film ‘Garai: The Untold Story’ will be premiered at the `New Film New Filmmaker’ festival, jointly organised by Moviyana Film Society and Bangladesh Shilpakala Academy, on January 31 at National Art Plaza, BSA. The film is directed by Pradip Ghosh. The director of the film is a painter and a researcher.

The film is based on the works, life and philosophy of the artist Tarak Garai who is famous for his sculptures and paintings. Tarak Garai has recently worked on Zainul Abedin, a great Bengali painter and founder of Bangladeshi modern art, and built a sculpture of Zainul Abedin. The sculpture has been set up on the premises of the Institute of Fine Arts, University of Dhaka.

In the film, apart from the artist’s life some Bangladeshi renowned artists have talked about the works of Zainul Abedin and Tarak Garai. It is mentionable that Tarak Garai is greatly inspired Zainul Abedin’s works and the influence is evident in his works, especially in sculptures. “My passion is to portray the beauty of the tribal lifestyle, especially the relation between mothers and their babies in the various mediums of art: either through painting on paper or canvas or sculpting in wood, stone, terracotta or bronze”, said artist Tarak Garai.

Tarak Garai was born in 1946. He studied at Kala Bhavan, Shantiniketan. He has held several solo shows and participated in numerous group shows. He has received several awards as well.