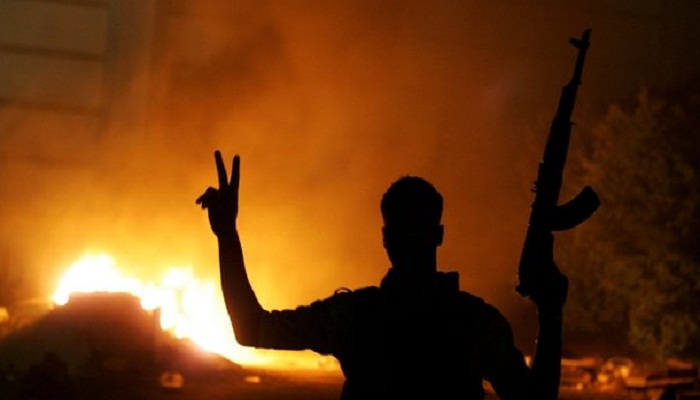 A global arms trade treaty regulating the multibillion-dollar business has come into force - a move hailed as “a new chapter” by UN chief Ban Ki-moon.

He said he hoped the treaty would help prevent the transfer of weapons to “warlords, human rights abusers, terrorists and criminal organisations”.
The deal also bans arms supplies if this promotes war crimes or genocide.
So far 60 nations have ratified the accord, but not the US - the world’s top arms exporter.
Washington signed the agreement in 2013, but now it requires approval by the Senate, where opposition is believed to be strong.
Other major weapons traders - like China, Russia, India and Pakistan - are yet to put their signatures under the deal.
In a statement, UN Secretary General Ban Ki-moon said the treaty “marks the opening of a new chapter in our collective efforts to bring responsibility, accountability and transparency to the global arms trade”.
“Ultimately, it attests to our collective determination to reduce human suffering by preventing the transfer or diversion of weapons to areas afflicted by armed conflict and violence.”
Mr Ban also called on all countries to join the agreement “without delay”.
Other leading campaigners for a tighter regulation of the arms trade - such Amnesty International and the Control Arms Coalition - urged world governments to strictly adhere to the treaty’s principles.
The accord has been signed by nearly 130 nations, and five of the world’s top 10 arms producers - Britain, France, Germany, Italy and Spain - have already ratified it.
The accord regulates cross-border transfers of conventional weapons ranging from small firearms to tanks and artillery.
The global business is estimated to generate up to $85bn (£55bn) every year, although some analysts say the figure is even higher.