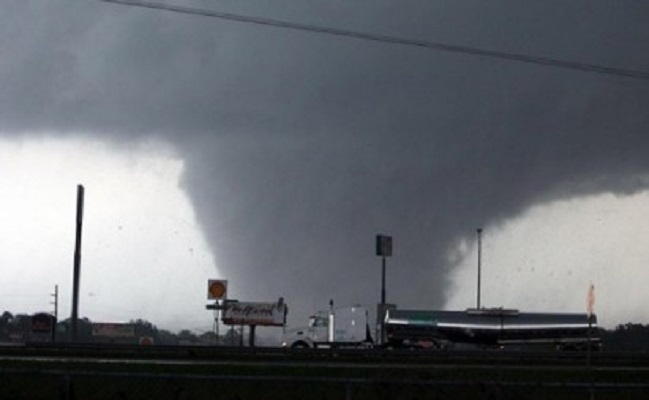 Washington:  At least four people were killed in the southeastern US state of Mississippi on Tuesday after a tornado tore through the region, officials said.
Mississippi Governor Phil Bryant declared a state of emergency in the two counties which bore the brunt of the disaster.
"I have declared a state of emergency to assist local officials with any available state resources that are needed in areas affected by severe weather, specifically in Jones and Marion counties," Bryant said.
The tornado crashed through the two counties damaging homes, and knocked out power to thousands of customers, he said.
Marion County Coroner Norma Williamson reported two fatalities and several injuries. In Jones County, Sheriff Alex Hodge reported two more died when the tornado gutted a mobile home they were in.
Marion County Hospital was overwhelmed by people seeking aid. They treated 50 patients, eight of whom were transported to Forrest General with severe injuries, WDAM television reported.