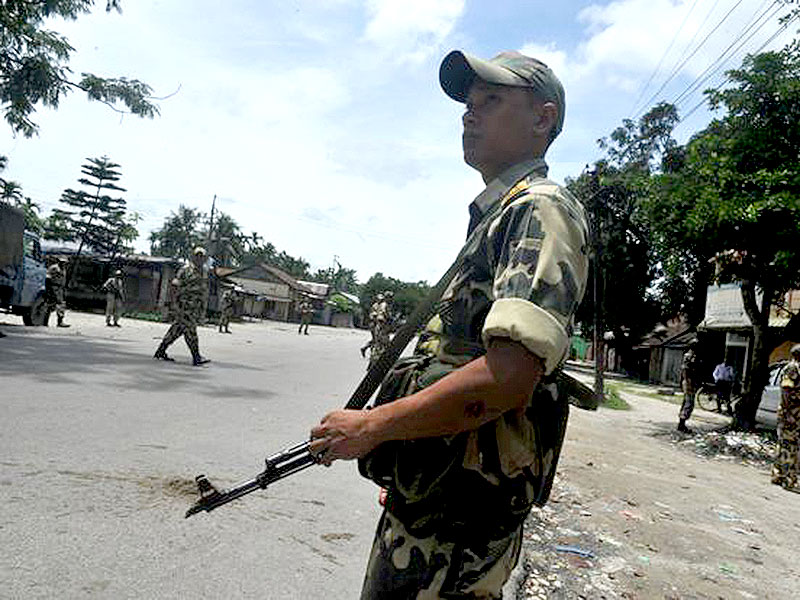 Bodo militants in Sonitpur and Kokrajhar districts of Assam have killed at least 40 tribal people in Sonitpur and Kokrajhar districts of Assam, reports from the state said on Tuesday.
Militants of the National Democratic Front of Bodoland (NDFB) opposed to peace talks first struck at Saralpara village in Kokrajhar district and Santipur village in Sonitpur district, said inspector general of police (law and order) SN Singh. Four people were killed in Saralpara, and three in Santipur.
The militants are believed to have attacked the villages as a response to the intensified operation by the security forces, he said.
The NDFB had on Monday triggered a grenade blast in Patgaon in Kokrajhar district, injuring three people.
A joint team of Assam Police commandos and the army had on Sunday killed two Bodo militants in neighbouring Chirang district, close to the Bhutan border.
Chief minister Tarun Gogoi on Tuesday said his government will not bow down to any militant threat.
Arguably the earliest settlers in present-day Northeast, the scheduled tribe Bodos form the region’s largest tribal group with an estimated 1.5 million people. They are one of 18 ethnic sub-groups within the Tibeto-Burman Kachari group of people. They are scattered across Assam and some adjoining states, but the bulk of the Bodos live in Bodoland Territorial Council.