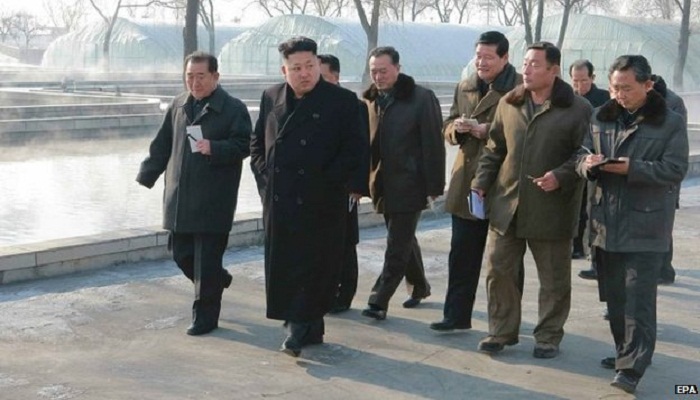 Internet services have been restored in North Korea after an almost unprecedented internet outage following a cyber security row with the US.
Though there has been no comment from the authorities in Pyongyang, South Korean officials and US experts reported the restoration.
Some analysts say the country's web access was cut entirely for a time.
China meanwhile has denounced reports suggesting it was responsible for the North Korean online shutdown.
Foreign Ministry spokeswoman Hua Chunying said that such reports were "speculative" and had "no basis in reality".
"These reports themselves are extremely irresponsible, unprofessional and misleading," she added.
China's permanent representative to the United Nations has called for all sides to avoid an escalation of tension on the Korean Peninsula after the UN Security Council put the North's human rights record on its agenda.
There is a paradox. North Korea is highly "teched up" but is denied the world wide web. Many people have smart phones, for example, but they cannot access the web with them.
The authorities take great pains to prevent citizens from accessing the internet. Recently, embassies in Pyongyang were told they could not have wifi networks within the building. It transpired that demand for neighbouring property had risen because residents there could get access to the embassies' wifi.
What North Korea does have is an intranet, its own internal internet with a lot of state-controlled news websites disseminating the party line, but also a cookery website.
Ordinary North Koreans are unlikely to notice the absence of the internet because they were denied it anyway. But they might notice the disappearance of their own online newspapers and sources of news. And also the cookery website.