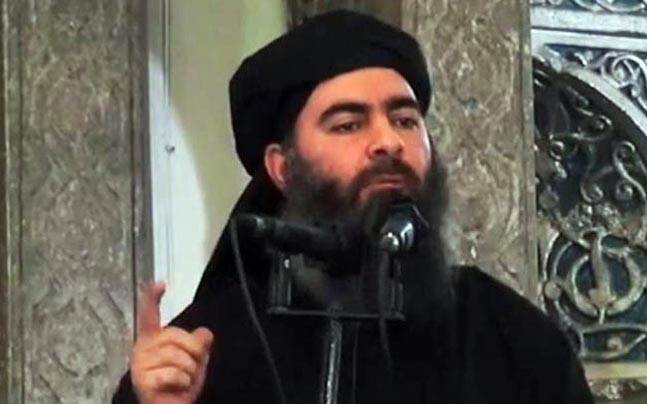 Islamic State leader Abu Bakr al-Baghdadi has been critically injured in an airstrike, according to local reports.

Unconfirmed reports from Iraq say the terror chieftain was wounded after a US-led coalition bombing raid in Al-Ba’aj in northern Iraq.

But it isn’t the first time reports have emerged claiming that the elusive fanatic al-Baghdadi has been either hurt or killed.

The Pentagon said last month it believed the IS leader was still alive, despite repeated efforts by US forces to take him out.

If the coalition managed to kill the feared jihadi, it would come as a huge blow to the terror group, which is already losing its grip on the Middle East.

Last month, the US government increased the bounty for the chief from $10 million to $25 million.

It will be handed over to anyone who comes forward with information on his whereabouts that will lead to his capture or death.

Baghdadi has kept a low profile after announcing himself as leader of a renewed Muslim caliphate in Mosul.

Having ruled over Mosul in a barbaric two-and-a-half year reign of terror, maniacal ISIS leader al-Baghdadi has cemented himself as the world’s most wanted man.

Iraq-born al-Baghdadi sleeps underground in a suicide vest and is becoming increasingly paranoid, ordering executions whilst under attack from Iraqi and Peshmerga troops.