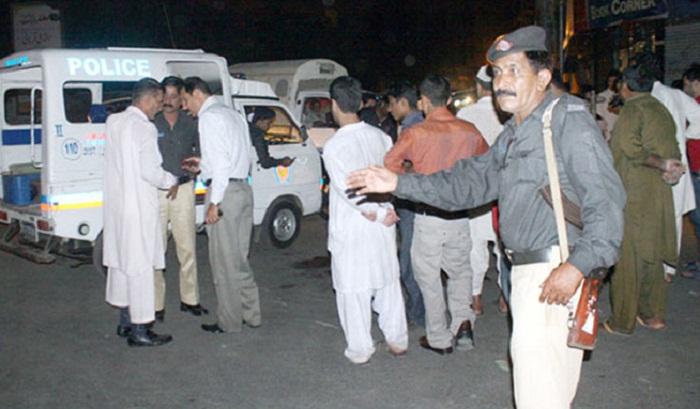 At least 13 suspected militants were killed on Monday after a shootout with police in Karachi, DawnNews reported.
Malir Police headed by SSP Rao Anwar carried out an operation in a Sohrab Goth locality where the alleged militants were hiding.
Officials said the suspects resorted to firing after sensing danger. The police returned fire and after a shoot out, 13 suspected militants were killed.
Police claimed the men were affiliated with the banned Tehrik-i-Taliban Pakistan (TTP).
They also said that some of the men were wearing uniforms of law enforcement agencies.
A large cache of arms and ammunition was also seized during the operation. A police official said the militants were preparing to carry out a major terrorist attack in the city.