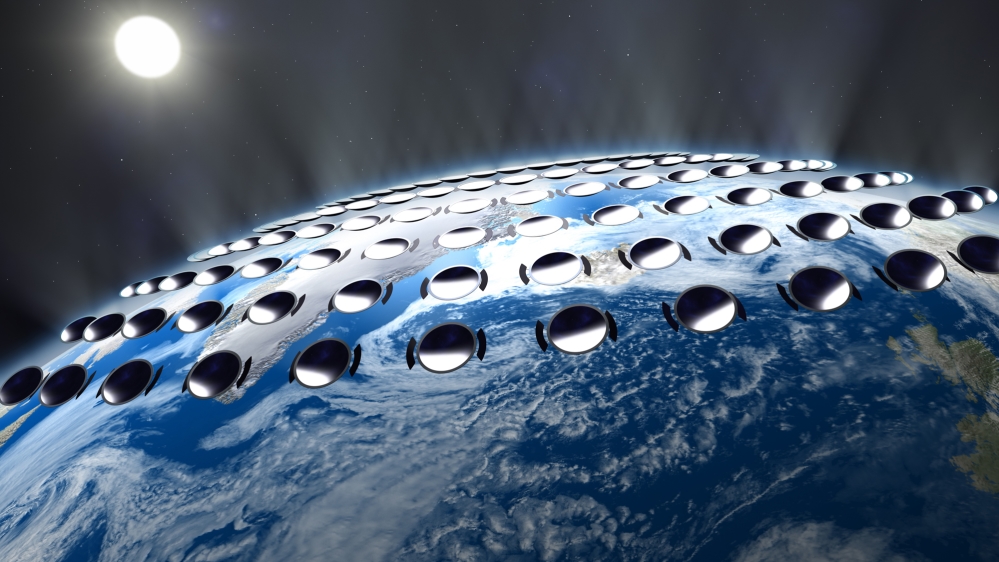 Even climate activists increasingly recognize that the lofty rhetoric of the global agreement to reduce greenhouse-gas emissions concluded in Paris just over a year ago, will not be matched by its promises’ actual impact on temperatures. This should make us think about smart, alternative solutions. But one such alternative, geoengineering, is a solution that many people refuse to entertain.

Geoengineering means deliberately manipulating the Earth’s climate. It seems like something from science fiction. But it makes sense to think of it as a prudent and affordable insurance policy.

Climate summit after climate summit has failed to affect global temperatures for a simple reason. Solar and wind power are still too expensive and inefficient to replace our reliance on fossil fuels. The prevailing approach, embodied by the Paris climate agreement, requires governments to try to force immature, uncompetitive green technologies in the world. That’s hugely expensive and inefficient.

The Bill Gates-led Breakthrough Energy Ventures fund announced last year provided the reason for hope. At the center of any response to global warming, we need to focus on making renewable energy cheaper and competitive through research and development. Once innovation drives the price of green energy below that of fossil fuels, everyone will switch. Much more research funding is needed.

But such innovation will take time. That’s where geoengineering could play a role. This year, for the first time, the US government office that oversees federally funded climate studies is formally recommending geoengineering research. The move has the backing of President Barack Obama’s former science adviser John Holdren, who has said that geoengineering has “got to be looked at.” Last year, 11 climate scientists declared that the Paris agreement had actually set back the fight against climate change, saying that, “Our backs are against the wall and we must now start the process of preparing for geoengineering.”

The crucial benefit of investigating geoengineering is that it offers the only way to reduce the global temperature quickly. Any standard fossil-fuel-cutting policy will take decades to implement and a half-century to have any noticeable climate impact. Geoengineering can literally reduce temperatures in a matter of hours and days. That is why only geoengineering, not investments in renewables, can be an insurance policy.

Moreover, geoengineering promises to be exceptionally cheap, making it much more likely than expensive carbon cuts to be implemented. This also means that it is more likely to be deployed by a single country or even a rogue billionaire. Given this, it is essential that we seriously investigate its effects beforehand, to ensure that it works and doesn’t deliver unexpected, negative results.

To be clear, I am not advocating that we should start geoengineering today or even in this decade. But it merits serious research, especially in view of the limitations of the Paris climate agreement. So, what exactly should be studied? Many methods of atmospheric engineering have been proposed.

The most talked-about process takes inspiration from nature. When Mount Pinatubo erupted in 1991, about 15 million tons of sulfur dioxide was pumped into the stratosphere, reacting with water to form a hazy layer that spread around the globe. By scattering and absorbing incoming sunlight, the haze cooled the Earth’s surface for almost two years. We could mimic this effect through stratospheric aerosol insertion – essentially launching material like sulfur dioxide or soot into the stratosphere.

The most cost-effective and least invasive approach is probably a process called marine cloud whitening, whereby seawater droplets are sprayed into marine clouds to make them slightly whiter and reflect more sunlight. This augments the naturally occurring process by which salt from the oceans provides the condensation particles for water vapor, creating and boosting the whiteness of clouds.

Research for the Copenhagen Consensus, the think tank I direct, has shown that spending just $9 billion on 1,900 seawater-spraying boats could prevent all of the global warming set to occur this century. It would generate benefits – from preventing the entire temperature increase – worth about $20 trillion. That is the equivalent of doing about $2,000 worth of good with every dollar spent.

To put this in context, the Paris climate agreement’s promises will cost more than $1 trillion annually and deliver carbon cuts worth much less – most likely every dollar spent will prevent climate damage worth a couple of cents.

People are understandably nervous about geoengineering. But many of the risks have been overstated. Marine cloud whitening, for example, amplifies a natural process and would not lead to permanent atmospheric changes – switching off the entire process would return the world to its previous state in a matter of days. It could be used only when needed.

Bjørn Lomborg is a visiting professor at the Copenhagen Business School, is Director of the Copenhagen Consensus Center, which seeks to study environmental problems and solutions using the best available analytical methods.

This article was originally published on the Project Syndicate