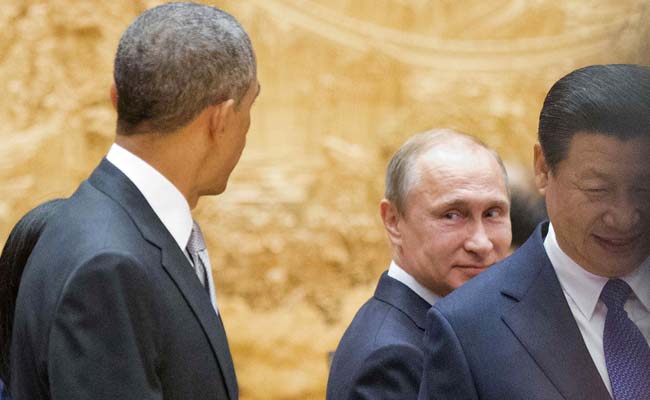 WASHINGTON: Presi­dent Barack Obama hit back at foreign policy critics in an interview aired on Sunday, brushing off claims he had been naively outmanoeuvred by Russian counterpart Vladimir Putin over the Ukraine crisis.
Speaking on CNN, Obama bluntly dismissed the notion that Putin was “the chess master and outmanoeuvring the West and outmanoeuvring Mr Obama and this and that and the other”.
Instead, Putin’s policies and the stringent economic sanctions they had prompted against Russia by the West had led to a “huge economic contraction” Obama said.
“Right now, he’s presiding over the collapse of his currency, a major financial crisis and a huge economic contraction,” Obama told CNN’s “State of the Union” programme.
“That doesn’t sound like somebody who has rolled me or the United States of Ame­rica”.
Russia is currently in the grip of a financial crisis that has seen recession, skyrocketing prices and a collapse in the value of the ruble.