US may not target Mullah Omar after this year 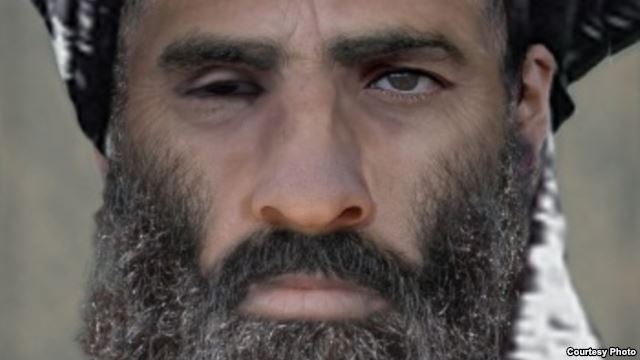 WASHINGTON: The United States has said that after Jan 2, US forces in Afghanistan will not target Mullah Omar and other Taliban leaders unless they posed a direct threat to the US.
“Being a member of the Taliban doesn’t mean that the United States is going to prosecute operations against you for that reason alone,” Pentagon spokesman Rear Admiral John Kirby told a recent news briefing in Washington.
But he also drew a line between combatant and non-combatant Taliban, saying that those who continued to fight would not be spared.
Also read: Taliban leader Mullah Omar says prisoner swap “big victory”
“We’ve also concurred that a member of the Taliban who undertakes missions against us or our Afghan partners — by that act alone, renders himself vulnerable and liable to US action,” Rear Admiral Kirby said.
In his year-end news conference on Friday, President Barack Obama assured the American nation that he would fulfil his pledge to end the US-led war in Afghanistan by the end of 2014.
“And in less than two weeks, after more than 13 years, our combat mission in Afghanistan will be over,” he said.
President Obama, however, has authorised this force to fight the militants if they posed a direct threat to them or caused a major threat to official Afghan forces.
Know more: Conflicting loyalties among Afghans at Mullah Omar's mosque
At the Pentagon briefing, journalists asked Mr Kirby to further explain the policy and also asked him if US forces would continue to pursue Taliban leader Mullah Omar after 2014 as well, as they did in the past.
Mullah Omar was Afghanistan’s head of state from 1996 until the US forced him from power in 2001. He has been on the State Department’s Rewards for Justice programme since Oct 2001, for harbouring Osama bin Laden and other terrorists. The reward for his capture is $10 million.
“Is Mullah and the other people on this list, are they no longer liable for their past acts in Afghanistan?” a journalist asked.
“I don’t know if I can answer that question. As the recognised leader of the Taliban to the degree the Taliban still poses a threat or poses a threat to us or to our allies, they will continue to be prosecuted by US military operations,” Admiral Kirby said. “I can’t really make it any more simpler than that.”
The Pentagon spokesman explained that from January 2nd, the US policy in Afghanistan would change.
But “what changes fundamentally, though, is (that) … on January 2nd, just by being a member of the Taliban doesn’t make you an automatic target,” he explained.
“So, beginning January 2nd, it will be up to the Afghans to go after someone like a Mullah Omar?” asked a journalist.
“That’s correct, unless there is a direct threat that’s posed,” Mr Kirby said.