Bangladeshi-origin mum married top IS leader and moved to Syria 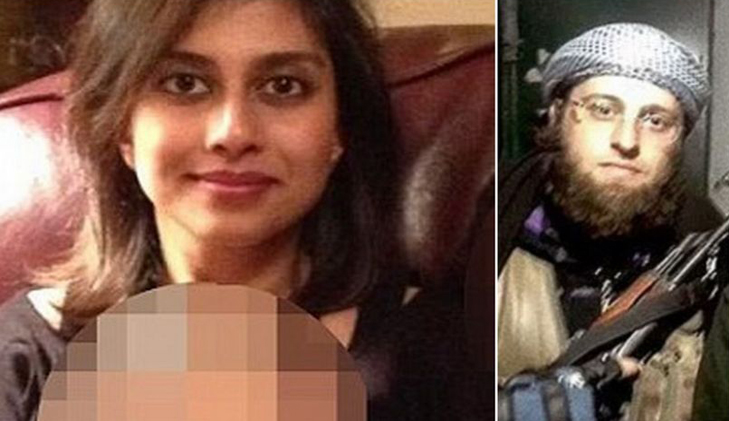 A mother of three reportedly married one of the leaders of so-called Islamic State (IS) at the UK and moved with him to Syria, but fled the war zone with her children after just one month, then divorced him, reports the Sunday Times. Joya Choudhury is said to have wed American John Georgelas, a white Muslim convert who quickly rose to became one of IS’ most senior western figures, in 2004 after meeting him online.

The couple, who for a time lived in a rented house in Manchester's Rochdale town, had three sons together, but it was when Joya was pregnant with her fourth child a decade later that her husband persuaded them to move to Syria, reports have claimed. According to the Sunday Times, Joya’s relationship with Georges intensified her extremism so much so that she dreamt of giving birth to seven holy warriors.

Her family, who originated from Bangladesh and lived in London, did not approve of their marriage and ostracized her soon after – but not before holding a party afterward ‘to preserve their reputation’, according to neighbors in Rochdale.

In 2006, while the couple was living in the US, Georgelas was jailed for 34 months after gaining unauthorized access to the American Israel Public Affairs Committee website while working as a technician at a website firm in Dallas, which he used as a cover to support al-Qaeda online.

Joya stayed with her husband and is reported to have even allowed him to take a second wife, who she knew from her college in London. The Sunday Times claim it was a short-lived marriage as the other woman was from London and Georgelas was unable to leave the US due to the terms of his parole.

In 2011, despite being under surveillance by the FBI, the couple left the US for Egypt so that Georgelas could ‘raise his family in a Muslim country’. Two years later, Georgelas had moved up the jihadi ranks and decided to take his pregnant wife and children to Syria to ‘help refugees’.


But after just a month in Syria, Joya and the boys are said to have become ill, and she reached out to her family – who had not heard from her in four years – via her American in-laws. It is said she claimed she was in Turkey with her children who were very sick, and her husband arranged for them to be smuggled from Syria to the country, where they then headed back to the UK.

She spent a short time in London, but there was still a rift between the family, so she moved again to Texas to be close to Georgelas’ parents and give birth to her fourth child. In 2014, one year after escaping, Joya divorced Georgelas through the US courts, and now aged 33, wears conventional western clothing, describing herself on social media as a ‘left-wing libertarian’.

The couple’s children now live with Joya’s in-laws, with her visiting at weekends, although there are ‘concerns’ over what the youngsters have ‘been exposed to’. Georgelas is said to remain in Syria having pledged himself to ISIS and is now tasked with luring new recruits from English-speaking countries.

He also writes articles for IS propaganda websites and last year declared that Communities Minister Sajid Javid and former Tory party chairperson Baroness Warsi were on a ‘kill-list’.