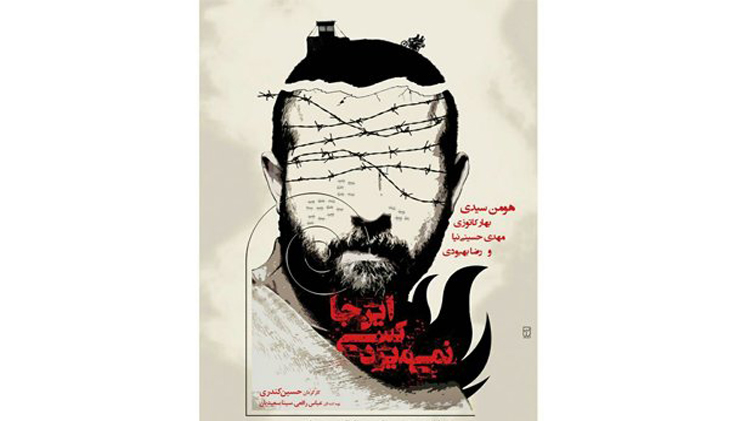 Nobody Dies Here directed by Hossein Kondori and co-produced by Abbas Rafei (best known for his award-winning film Oblivion Season) and Sina Saeidian, will compete along with two other Iranian titles Until Ahmed Returns by Sadegh Sadegh-Daghighi and Hailstone and Sunlight by Reza Karimi at the Cinema of the World section of Dhaka film festival.

Kondori’s film narrates the life of Ashkan, a young conscript, who is sent to a far distant frontier where he lives alone to complete his military service. Fearing solitude he wanders to and fro and meets a young woman, Rojin, who apparently lives alone in the same area and is also seeking human contact. Little by little as their relationship with develops, Rojin’s often contradictory behavior leads Ashkan to question whether she really exists or is just a figment of the hallucinations from which he previously suffered.

Other Iranian films competing in the festival include Malaria by Parviz Shahbazi, Daughter by Reza Mirkarim, Paris Tehran by Kaveh Oveisi, Life and a Day by Saeed Roustaee, as well as Identity by Behrouz Sebt-Rasoul, The Window by Rahbar Qanbari, and Valderama by Abbas Amini in the Children Film Session.

The event’s Woman Filmmaker section is to present Night Shift by Niki Karimi, Nahid by Ida Panahandeh, and The Society of Dreams by Golandam Safari from Iran, as well as a co-production with Nepal Chandra by Fatemeh Ahmadi and Asmita Shrish.

The festival has also dedicated a section to recently deceased Iranian filmmakers Abbas Kiarostami by screening a number of his films including Close Up, Taste of Cherry, The Wind Will Carry Us, Certified Copy, and Like Someone in Love.

The 15th edition of the Dhaka International Film Festival will be held on January 12-20, 2017, in Dhaka, Bangladesh. 170 films from 60 countries will be screened at the event.