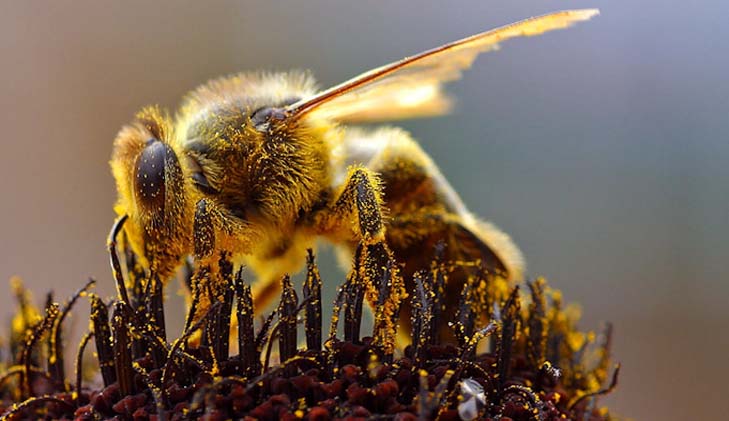 In Bangladesh, we have at least 103 flower-visiting insects aka pollinators recorded from 44 economic plants around the country. But unfortunately very little is known about the vertebrate pollinators.
The major pollinating insects include bees, flies, butterflies, cockroaches, and beetles. Though there has been no comprehensive assessment of pollinator decline in Bangladesh, it could be deduced that population sizes of most of the species are gradually declining the species richness.
It is really important that we start studying more about them. Because it is the pollinators who maintain the overall biological diversity. Approximately 80% of the wild plant species are directly used as for human food worldwide. In addition, a total of 87 of the leading 115 food crops evaluated is dependent on animal pollinators, contributing 35% of global food production.

On the national level in Bangladesh, we are yet to economically evaluate the pollinator's contribution to the economy. But scenario from the other countries can be helpful to make a wild guess.

In one of the major economies of the world, in the U.S., pollinators contribute more than 24 billion dollars to the economy, of which honey bees account for more than 15 billion dollars through their vital role in keeping fruits, nuts, and vegetables in our diets. Though bees share the main job of pollination, bird pollination confers an advantage of greater pollen movement that may represent a mechanism for minimizing inbreeding in naturally fragmented populations.

Since half century, pollinators face many threats and there are growing concerns that these threats are leading to declines in diversity and the geographical ranges of individual species.

There is no single threat that seems to be driving this change; intensification in land-use, habitat loss, pests, diseases, invasive species, inappropriate use of agrochemicals and climate change are all thought to be playing a part.
Foraging insects particularly, declining of pollinators have consequences for the persistence of both crop yields, but also for the reproduction of wild plant species and maintenance of global biodiversity and ecosystem functioning.

Declines have been recorded in most pollinator groups, especially in Europe and North America, including the bumblebees, butterflies, and honeybees. Declines in other groups are also apparent; across 11 European countries, 27.4% of the bee fauna is listed in Red data books.

Bangladesh has a transitional zone of flora and fauna, because of its geographical settings and climatic characteristics. However, excessive human population growth adds to the impact of all the other causes of biodiversity losses because more people require more space and more resources.

Recently, climate change is becoming a major threat to the country’s biodiversity. Consequently, from the different published research papers, it can be noted that 58 plant species of Red List of Threatened Species (2010) Categories in 25 families occur in the flora of Bangladesh, which face threats in different degrees.

This report reprobates pollinators directly. Approximately 5000 floral species of which about 300 species are being regularly cultivated in Bangladesh.  In spite of the potential importance of the interaction between agricultural systems and native pollinators, considerably less work has been done to determine the effectiveness of different pollinators or the impact of pollination.
Scientists agreed that the negative impact on humans would become more severe if we do not act to conserve indigenous plant diversity and pollinators using natural resources in a sustainable manner.
Bangladesh Government should take a number of important steps modified from to tackle the problem of pollinator declines like:
Santosh Mazumdar is currently doing his Ph.D. thesis in the Department of Zoology of the University of Chittagong. He may be reached at [email protected]