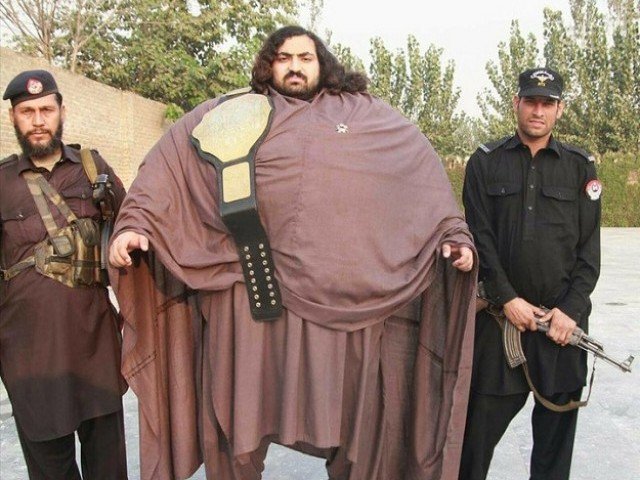 Arbab Khizer Hayat alias Khan Baba, a citizen of Pakistan weighing a formidable 436 kilogrammes calls himself the Hulk of Pakistan.

In the early years of his life, Khan Baba was not in such shape. His weight started rising abruptly when he was 18.

Baba’s daily calorie intake stands at a whopping 10,000 thanks to his habit to take heavy diet.

To prepare himself for the World Weightlifting Championships, he consumes four chickens, 36 eggs, three killogrammes of meat and five litres of milk daily.

Baba hails from Mardan in Khyber-Pakhtunkhwa and claims to be the strongest man in the world. Historically, Paul Anderson of America held the title with a weight of 163 kilogrammes till his death in 1994. In 2016, American Brian Shaw clinched the title at 190 kilogrammes.

Baba, who claims to be the strongest man in the world said: “I don’t have any disease nor do I feel uncomfortable with my weight,” he said.