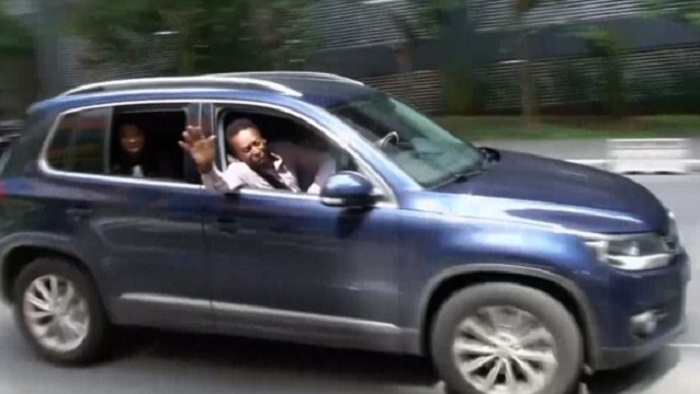 SAO PAULO: Brazilian football legend Pele has been be discharged from hospital after a kidney stone operation, the Mail online reports on Tuesday afternoon.
The 74-year-old football ace was released from hospital today after battling though a urinary tract infection that took hold of the former player following an operation to remove kidney stones.
Earlier, Pele’s doctors at Albert Einstein Hospital in Sao Paulo, said in a statement released yesterday (Monday) that considering his good recovery, the medical team programmes his release for tomorrow.
The three-time World Cup champion underwent surgery to remove kidney stones on November 13, but was readmitted 10 days later with a urinary tract infection that required dialysis. At one point, he was moved into a hospital wing used for more intensive care.
The issue forced the cancellation of an appearance at the Pele Museum in Santos due to 'health reasons'.
He has previously been under the care of the Albert Einstein hospital having had thigh surgery two years ago.
Pele, widely regarded as one of the greatest players of all time, won the World Cup with Brazil in 1958, 1962 and 1970 over a 14-year international career.