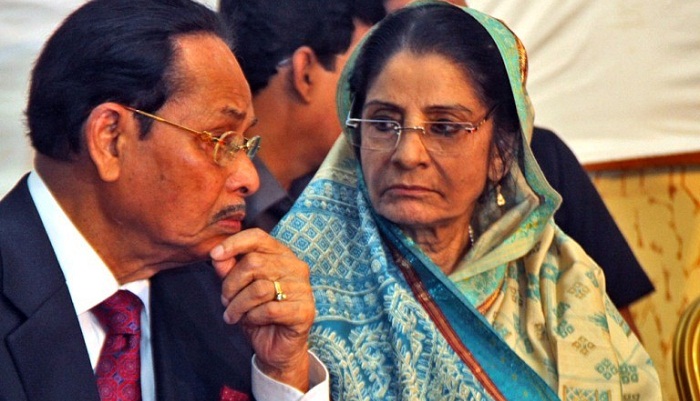 Jatiya Party, the main opposition in the tenth parliament will discuss with the President about their propositions over the formation of a strong EC.

According to the President's press secretary Joynal Abedin, a 18-member delegation of Jatiya Party led by the party chairman HM Ershad will sit with the at Bangabhaban’s Darbar Hall at 3 pm tomorrow.

Earlier on Sunday afternoon, an 11-member delegation of Bangladesh Nationalist Party (BNP) held talks with the President regarding this issue.

President Abdul Hamid took the dialogue initiative as the tenure of the current Kazi Rakibuddin Ahmad-led EC expires in February next.

The President Office on December 12 sent letters to five political parties in this regard.

The President is also scheduled to hold talks with Liberal Democratic Party and Krishak Sramik Janata League on December 21 at 3 pm and 4:3 pm respectively while with Jatiya Samajtantrik Party (Inu) at 3 pm on December 22.

Meanwhile, the President’s press secretary said the meeting with Jatiya Samajtantrik Dal will be rescheduled following a request from the party as its President Hasanul Haq Inu, also Information Minister, will stay abroad at that time on an official visit.

"The fresh date for discussion with Jatiya Samajtantrik Dal will be fixed soon," Joynal added.