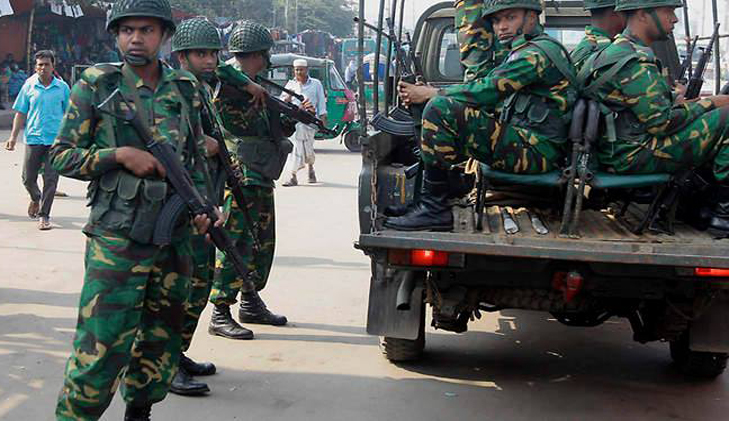 Chief Election Commissioner Kazi Rakibuddin Ahmad on Saturday said that there is no need to deploy the army in the Narayanganj City Corporation polls as law and order situation is fine there.

“Since the situation seems okay at present, there is no need to deploy the army,” Chief Election Commissioner Kazi Rakibuddin Ahmad told reporters after a meeting on law and order situation ahead of the election.

The CEC said members of the regular law enforcing agencies like police and Rapid Action Battalion and special force Border Guard Bangladesh (BGB) are enough to tackle the situation during the elections scheduled for December 22.

Earlier, a meeting was held with senior officials of the home ministry and law enforcement and intelligence agencies at the conference room of National Economic Council (NEC) at the capital.

Meanwhile, Election Commissioner Shah Nawaz said before some days, the EC will decide whether to deploy the army for the Narayanganj City Corporation (NCC) election after a meeting with law enforcement agencies.