Ivy asks Shamim Osman not to resign as MP 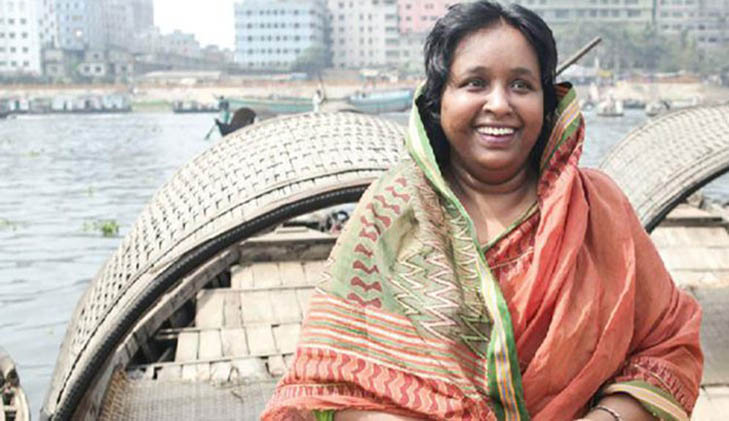 Selina Hayat Ivy, running as an independent, defeated AL-backed Osman in a bitterly-fought contest in Narayanganj’s first mayoral election in 2011.

The Awami League’s mayoral election candidate in Narayanganj Selina Hayat Ivy just said thanks but not thanks to her party’s local MP Shamim Osman.

On Friday, Narayanganj-4 MP Shamim Osman offered his resignation from the parliament to take part in the campaign for Ms. Ivy. As a sitting MP, Shamim Osman is barred from campaigning explicitly or throwing his weight behind any candidate in local body elections.

There was some apprehension in AL ranks, that the faction of the AL Narayanganj unit allied to the powerful Shamim Osman’s family may refrain from fully supporting a candidate who has a history of challenging their leadership in the key commercial city.

Mr. Shamim Osman held a press conference on Friday afternoon, where he made his apparent overture to Ivy as the party’s candidate, driving home the point with his offer to even resign and campaign if asked to. He announced his interest in ‘resigning from parliament to campaign and beg people to vote for her if asked by Prime Minister Sheikh Hasina or Ivy herself.’

But on Saturday evening, Ms. Ivy said, ‘Shamim Osman is a Member of Parliament. He will work for the people. Why would he resign from Parliament? I urge him to work for the people instead of campaigning for me.’ Ivey  told the journalists upon hearing about the offer from Osman, while she was campaigning in the Chasara area of the city in the evening.

Selina Hayat Ivy, running as an independent, defeated AL-backed Osman in a bitterly-fought contest in Narayanganj’s first mayoral election in 2011. The two have since engaged in a very public and acrimonious rivalry over laying claim to being the people’s champion in Narayanganj. Osman returned to Parliament in 2014.