AL will accept President’s decision on EC, PM in parliament 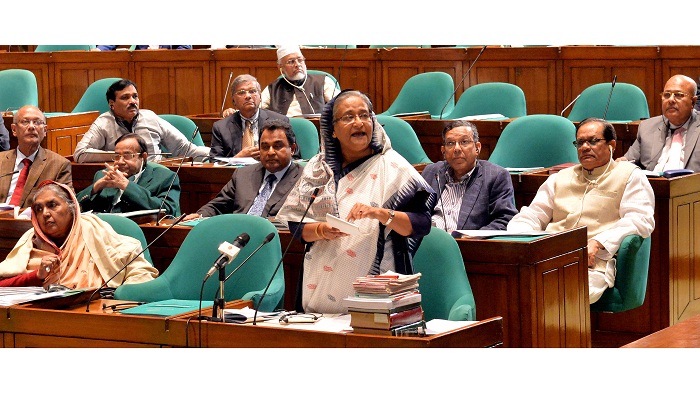 The premier came up with this statement while delivering her 36-minute winding-up speech at the 13th session of 10th Parliament in the evening.

She reiterated that her government always wants to hold the election in a free, fair and neutral manner as it was the Awami League and she herself who had fought for establishing the rights of people for food and voting and many leaders and workers of Awami League and its associate bodies had laid down their lives for this cause.

The Prime Minister also said, "We want that a fair democratic process prevails in the country which will also expedite the economic development."