Santu Larma: Implementation of Peace accord depends on PM 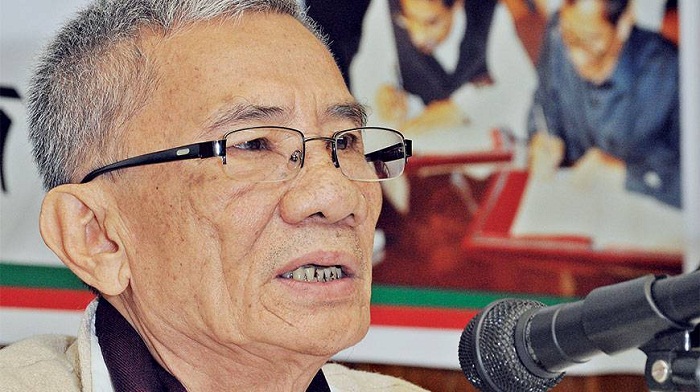 Jyotirindra Bodhipriya Larma alias Santu Larma, president of Parbatya Chattagram Jana Sanghati Samity (PCJSS) today said ‘Chittagong Hill Tracts Peace Accord’ will be implemented when our Prime Minister Sheikh Hasina steps forward to do it.
Civil and military bureaucrats are one of the major obstacles towards the implementation of the treaty, Santu Larma pointed out at a discussion meeting in the city today.
“The government is delaying to implement it in fear of the vested interested group that has been opposing the treaty,” Santu Larma said.
“If the government delayed to implement the accord, the deprived people from CHT would not sit idle” he added.
Bangladesh Indigenous Peoples Forum (BIPF) and Kapeng Foundation jointly organised the function titled ‘Strengthening Special Administrative Institutions in the Chittagong Hill Tracts in line with the CHT Accord’ held in the city.