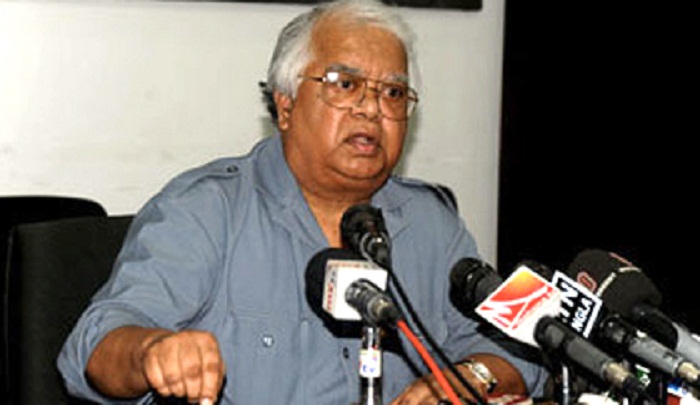 Former BNP leader Nazmul Huda on Saturday announced the formation of a new political party named ‘Jatiya Manabadhikar Party’ (National Human Rights Party).
Nazmul Huda pronounced the formation of the new political party at his Topkhana Road Office of Purana Paltan in the capital.
Earlier, in last year, he formed a political party named Bangladesh Nationalist Front (BNF) too. But he failed to continue that party. At one stage, he tried returning to the BNP, which had expelled him.
In his briefing, Nazmul spoke against the BNP, which had once made him a Cabinet member.
Huda said he wants to stay far away from malicious politics.
"I was with the BNP when it was into non-violent politics. The party is now in deep crisis due to repeated wrong moves over and over again," he said.
The former BNP vice chairman claimed that BNP is not picking the qualified people for providing leadership.
"There are now two major political alliances in Bangladesh. The third is Bangladesh National Alliance. The Manabadhikar Party will act as the driving force of this third alliance," said Huda.
While asking whether his party would press the demand for an early election like the BNP, he said, "We are not feeling the urge for an interim poll. We will force the government to concede to our demand by creating public opinion for human rights and will participate in the next general election."