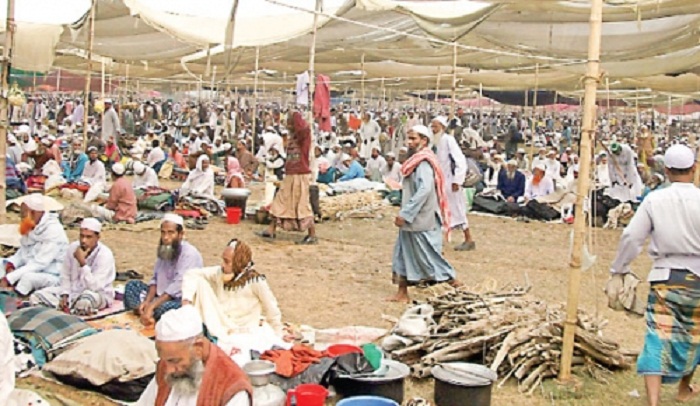 The five-day 'Jor Ijtema’, a preparatory event of the two-phase Biswa Ijtema, began on the bank of the Turag River at Tongi on Friday morning.
Quoting Gazipur correspondent, UNB reports that over 1 lakh devotees from both home and abroad are expected to join the Jor Ijtema that will end on December 2, said Tablig Jamaat sources.
Most of the devotees will keep staying at the Ijtema venue to complete the preparations for the two-phase Biswa Ijtema.
The first-phase Biswa Ijtema, the second largest Muslim congregation in the world, will be held on January 9-11 while the second one on January 16-18.