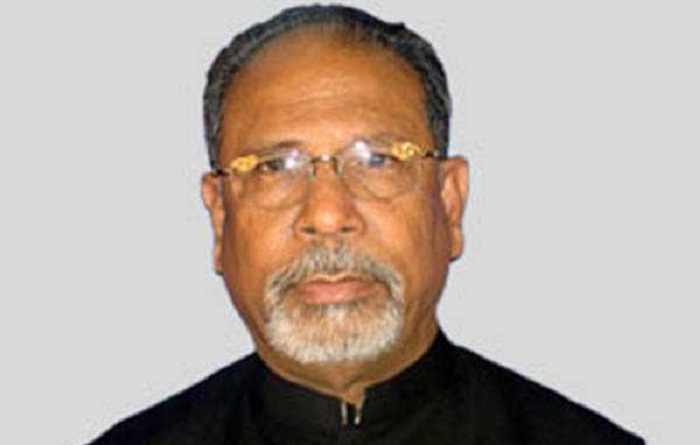 A writ petition was filed with the High Court on Thursday seeking a direction for vacating the post of Member of Parliament (MP) of sacked minister Abdul Latif Siddique.
A Supreme Court lawyer, Eunus Ali Akond, filed the writ petition with the concerned section of the High Court this (Thursday) morning, UNB reports.
The writ petition will be placed at an HC bench comprising by Justice Qazi Rezaul Haque and Justice Abu Taher M Saifur Rahman today (Thursday), the petitioner said.
The court will hear the petition on Sunday (November 30), he added.
The petitioner sought a rule making Chief Election Commissioner (CEC),   Law Secretary and Parliament Secretary as respondents.
Talking to the reporters, Eunus Ali Akond said a member of parliament will lose his membership if he has no connection with any political party.
The petition was filed as Abdul Latif Siddique has no membership with any political party, he said.
Earlier, on Tuesday (November 25), Metropolitan Magistrate Atiqur Rahman of CMM court here sent sacked minister Abdul Latif Siddique to the Dhaka central jail in a case filed for hurting the religious sentiments of Muslims through his disparaging remarks on Islam and Tablig Jamaat.
On October 1, Advocate ANM Abed Raja, former president of Dhaka Metropolitan Bar Association, filed the case against Latif Siddique with the Chief Metropolitan Magistrate Court.
On October 28, the same court issued a warrant for the arrest of the former minister as he did not turn up in compliance with its order.
Latif Siddique returned home from Kolkata on Sunday night (November 23), nearly two months after his disparaging remarks on Islam in the USA.