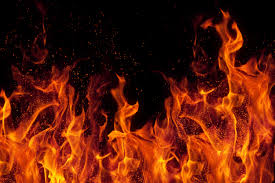 An Awami League local office and three shops were burned down by fire at Lamakazi Bazar area under Bishwanathpur upazila in Sylhet early Thursday.
Fire service sources said, the fire broke out from an electric short circuit at a shop at Lamakazi Bazar at around 2:30am and soon engulfed the adjoining AL office and two other shops.
Being informed, a firefighting unit rushed in and doused the flame after one hour of frantic efforts.
Fire service sources said the extent of loss was estimated at Tk 5 lakh.
Jabed Hossain, station officer of Sylhet fire station, confirmed the incident.