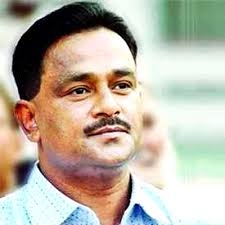 Moazzem Hossain Alal, President of Jatiyatabadi Jubo Dal has been freed from jail on bail. He was released from Kashimpur central jail around 11 am on Friday.
Hundreds of leaders and activists of the BNP’s student body received their leader at the jail gate in the morning.
The High Court on Monday (Nov 17) granted one-year bail to Jatiyatabadi Jubo Dal president Moazzem Hossain Alal in a criminal case, UNB reports.
Mohammadpur police arrested 64 leaders and activists of BNP and its fronts, including Alal, from Alal’s Lalmatia residence on October 25.
Police claimed that they had gathered at the house to join a meeting arranged there to work out a plan to carry out subversive activities during today’s hartal.
A case was filed against them for their alleged role in planning subversive activities.
On October 30, a court sent Jubo Dal president Moazzem Hossain Alal and six other to jail in a case filed under the Special Powers Act 1974.