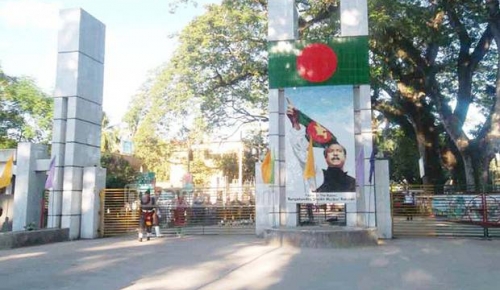 Three Bangladeshi teenagers including a girl have returned Bangladesh through Putkhali border at Benapole in Jessor on Monday night after serving one year jail at Kolkata in India.
Border Security Force (BSF) handed them over to Border Guard Bangladesh (BGB).
Later, BGB handed over them to Benapole Port Police at around 8:30am on Tuesday.
They hail from various districts of Barisal division.
Shamsur Rahman, Subedar of Putkhali camp of BGB-23, said a team of Indian police had arrested them from Kolkata for doing job illegally.
Afterwards, they were sent to Kolkata central jail and awarded one year jail term.