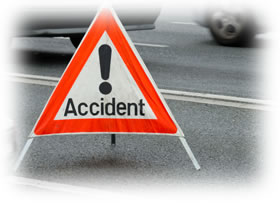 An alleged robber was killed and another injured as a bus crushed them at Bhabaniganj on Laxmipur-Ramgati road in Laxmipur Sadar upazila early Tuesday.
The deceased was Khurshid Alam, son of late Bhulu Miah of Tumchar village of the upazila.
Police sources said a gang of robbers was waiting in the area for committing robbery.
When a Ramgati-bound bus reached the area in the dead of night, the robber gang tried to stop the bus.
At that time, the driver of the bus drove very fast and crushed the duo of the gang, leaving Khurshid dead on the spot and his associate injured.
Being informed, police rushed to the spot and recovered the body in the morning.
The body was sent to Laxmipur Sadar Hospital morgue.
Shoikat Shahin, Additional Superintendent of Police, confirmed the matter.