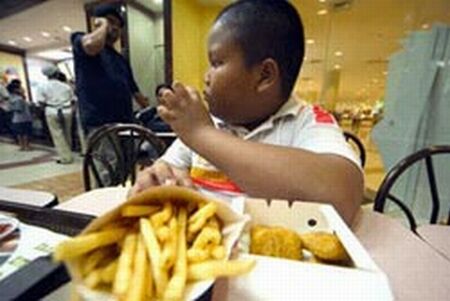 Fast-food restaurants in the United States are "disproportionately" targeting black children and kids in middle-income and rural areas, according to a newly published study.
Researchers at Arizona State University and University of Illinois at Chicago looked at 6,716 fast-food outlets nationwide to check the extent of indoor and outdoor marketing aimed at youngsters, says a AFP report.
Marketing towards children ranged from free toys to ads featuring sports celebrities and cartoon characters, as well as play areas and promotions for kids' birthday parties.
"Majority black communities, rural areas and middle-income communities are disproportionately exposed (to child-directed marketing) and specifically to indoor displays of kids' meal toys, a popular strategy among chain restaurants," the study said.
"In light of these findings, it is important to urge the fast-food industry to limit children’s exposure to marketing that promotes consumption of unhealthy food choices."
The enduring popularity of fast food is widely seen as contributing to an obesity crisis in the United States, where one in three adults are considered obese, according to the US Centers for Disease Control and Prevention.
In February, a study in the Journal of the American Medical Association reported a 43 percent fall in obesity rates among children aged two to five -- raising hopes that obesity might be on the wane.
Arizona State University nutrition professor Punam Ohri-Vachaspati, who led the study, told AFP that it was difficult to speculate why the fast-food industry has been targeting some communities over others.
"However, based on previous research, we know that these communities are more likely to consume fast food, have poorer access to healthy options and have higher rates of obesity," she said, adding that she hoped the findings would encourage fast-food companies to limit marketing to children.