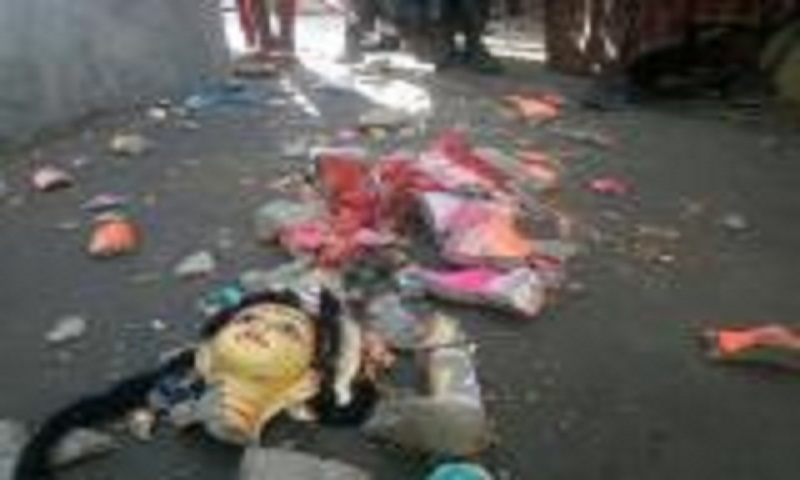 The attacks on several Hindu temples in Bangladesh were carried out under a well orchestrated plan aimed at grabbing lands of the minority community, the country's top rights body said on Wednesday.

The statutory National Human Rights Commission (NHRC) said their initial investigation into the attacks on several Hindu temples and households in the central Brahmanbarhia district's Nasirnagar indicated that they were pre-planned.

"Our investigation is still underway but our initial findings suggest that an organised quarter carried out the attacks in a pre-planned manner," Enamul Haque Chowdhury, NHRC member and chief of a three-member fact-finding committee of the rights panel, told PTI.

He said near simultaneous attacks were carried out at several temples and Hindu households at different locations in Nasirnagar area to render police helpless. "We are expecting to wrap up our investigations within the next two days," Chowdhury said.

"The attack was carried out to drive away the Hindus from their land," Chowdhury told The Daily Star.

Chowdhury's remarks came as authorities today ordered the withdrawal of the officer-in-charge of the nearby police station amid complaints of police inefficiency in containing the troublemakers.

Indian High Commission here sent a delegation today led by a First Secretary to the scene of the attacks. A five-member delegation of the ruling Awami League, led by the party's organising secretary Enamul Haq Shamim, also visited the affected area.

Hindu community leaders had also earlier said the attacks were carried out to evict Hindus from their own lands by creating fear.

Several hundred people had attacked and ransacked at least 15 Hindu temples and over 20 households in Nasirnagar after a Facebook post deemed offensive to Islam sparked massive outrage in the Muslim-majority nation.

Brahmanbaria's police superintend Mizanur Rahman had said that police had arrested nine people who seemed to be directly linked to the attacks as temple authorities filed two separate cases.

A Hindu youth who allegedly posted the 'blasphemous' content on his Facebok account sparking the outrage was also arrested over causing the unrest. However, media reports later suggested that unidentified miscreants had hacked his account and had uploaded the controversial post.

Several priests of the temples suffered injuries in the attacks during the raids and were taken to hospitals for treatment. According to media reports, a little known outfit called Touhidi Janata had called a protest rally on Sunday using megaphones over the Facebook post and the rampage on Hindus was carried out after that rally.