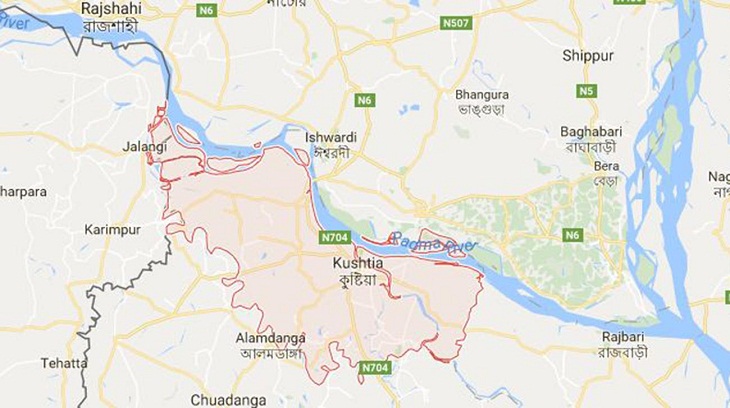 A suspected member of Jama'atul Mujahideen Bangladesh (JMB) was killed in a reported gunfight with detectives in Kaburhat area of Sadar upazila early Monday.

The deceased was identified as Kulu Mollah, 30, a resident of Khajanagar area of the upazila and a regional commander of JMB.

Quoting Sabbirul Islam, officer-in-charge of the Detective Branch (DB) of Kushtia police, UNB said on secret information, a team of the DB conducted a drive in the area around 3am.

Sensing the presence of the detectives, the JMB men opened fire at police, prompting them to retaliate, triggering a gunfight, reports UNB.

Later, police rescued a bullet-injured JMB member from the spot.

He was rushed to Kushtia General Hospital where doctor declared him dead.

Police also claimed that four policemen were injured in the incident.