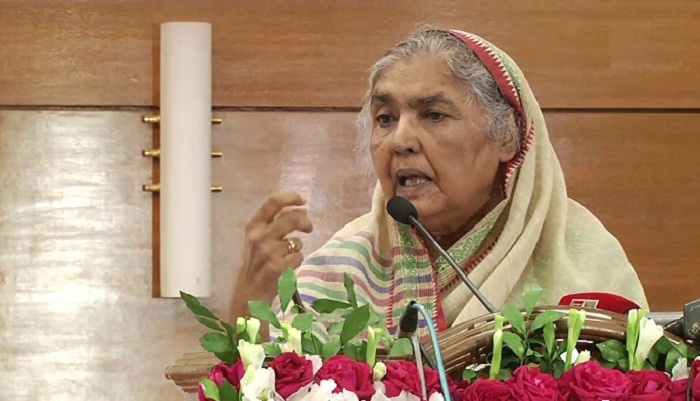 Agriculture Minister and Awami League Presidium Member Matia Chowdhury today said Bangladesh has not only achieved self-sufficiency in food production rather it becomes a food-exporting country despite increasing of population and reducing of farm land.

"Government subsidy in the agriculture sector and farming in the technological method instead of traditional one and massive research in the sector have brought this remarkable success," she told a discussion of Awami Krishak League marking "Save Farmers-Save Country" Day at Bangabandhu Avenue in front of Awami League central office, BSS reports.

The minister said no ill force can halt the progress of agriculture and farmers till Prime Minister Sheikh Hasina holds the helm of the country. "Whenever BNP comes to state power, the development of farmers and agriculture gets halted," she added.